There is a dedicated Open Legend page on HeroMuster that includes numerous tools beyond the character builder, such as:

Built with love for all things Open Legend: https://openlegend.heromuster.com/

I’ve tried this character builder for and I really recommend it. It has tons of quality features and really makes it easy to set up a character in a short time. Good job you guys.

Couldn’t recommend this more. Love it all.

@ucffool apologies in advance if I am overlooking an obvious instruction or device: How does a player remove a existing character from their Chracter List? I can see a handy trash icon in cases where two character sheets have the same character name. But I cant’t seemt to find an option for deleting a character entirely.

@GartLarissa
Not currently possible since there is no user/pw barrier for accessing characters. Luckily, it costs nothing to just leave it be. In the future, there will be an integration with HeroMuster’s not-yet-built user system that allows you a more finite way of viewing and maintaining characters you have created.

@ucffool copy that. Look forward to the user system and the delete feature in particular.

In my case I am pre-rolling some characters for a party new to the OL and want to have a tidy set in one link. I suppose I can start from scratch and re-create the “good” ones under a new player name.

@GartLarissa Actually it’s even easier than that. Just load the existing characters then change the PlayerName and hit save… two seconds, new list.

So, heromuster is not Open Legend

so submitting to the openlegend repo would not be what you wanted to do.

Unless you meant you were using the heromuster repo?

I meant there was a bug in the data in the openlegend repo that was causing this display error in the HeroMuster builder.

With Attribute Substitution 1 (Entropy -> Fortitude), if I add Medium Armor, the box turns red even though Fortitude should be at 5 (my Entropy) for the purposes of armor requirements.

Thanks @oconnor0 ! Holdover from the old method of checking Fortitude (field value rather than the hidden object). Fix is now live.

The character builder has been updated with two key changes:

When filtering banes/boons, you will now get a better visual indicator within the expanded bane/boon so you know how you qualified for that particular bane/boon (by graying out those that did not qualify your character). 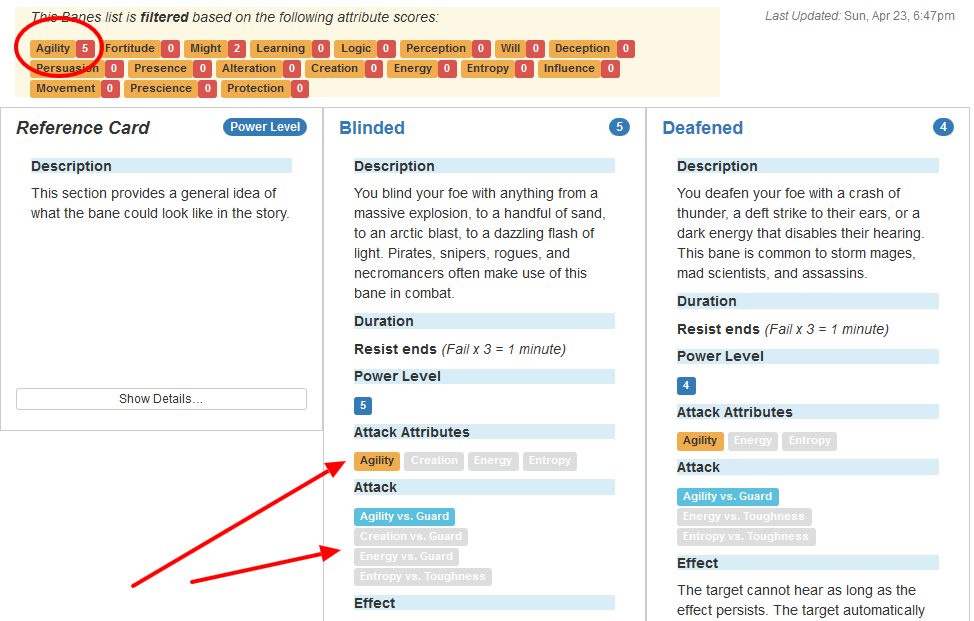 Hi, I think that there is a bug with the katana weapon. In the core rules it says that you only need 1 wealth to buy it, but when you select it in the character builder it is red even with 2 wealth.

The banes page (and I assume the others) are a little harder to read and browse now with your fix to show which attributes allow the use of those banes. 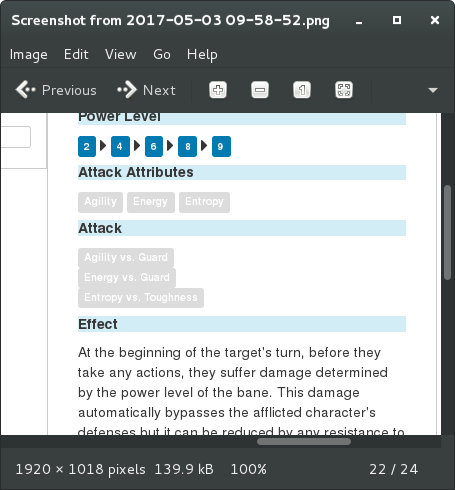 WTF, that shouldn’t be happening (it’s only suppose to do that when it is a filtered result). Fixing it now…

shesh, can’t you account for everything when you add some new function!!

types while fixing things from last update to roll20 sheet

I think the armor value doesn’t update correctly when you switch from a higher to a lower bonus, found while downgrading natural armor feat.
That said this Creator is amazing!

It definitely works when going from say, Medium armor to Light armor, however thanks for letting me know that when you remove armor completely, it doesn’t automatically recalculate the benefits from feats. I’ll work on that fix.