I created an NPC character sheet based on the simple build in the OL rules. You can view/copy the sheet here:

Choose a level and NPC type (NPC or Boss). The sheet will then fill out the suggested values for primary attributes, secondary attributes, defense, HP, and Boss Edge (if applicable).

I created the sheet based on a couple of my own NPC builds, but mostly from looking at the various builds that people published here in the forums.

ps - I wanted to make the default picture the “giant wolf thing”, but I couldn’t find a clean version of that pic. Anyone got one?

@Shashi … hmmm … I might know a guy who has the original, LOL!

Actually I don’t think the original has ever been seen in the wild: 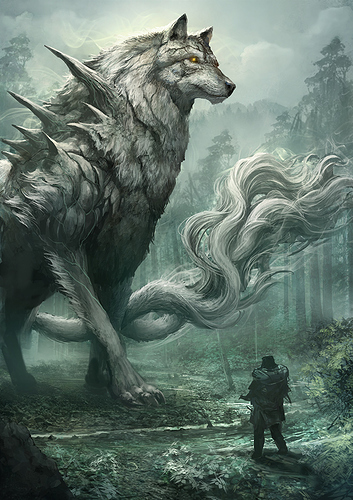 @brianfeister you’re my hero. Photo has been officially updated!

So appreciative of all these community contributions. I came for the exploding dice, but the community is keeping me around