I’m completely new to OL so maybe I’m just missing something here but why is there no damage property on the weapons list?

Brian Feister · March 24 at 8:12am · (original reply)
So, to Robert’s point, some weapons can cause you to do more damage, but starting at low level, it’s more a question of whether you specialize in attacking or doing something else. A 1st level D&D style “Fighter” might take “Attack Specialization III (Greatsword)”… So, the two-handed property of the Greatsword gives Advantage 1 (increasing your damage since there is only a single roll and this bumps your average roll, and thereby your damage, up 1). Then your Attack Specialization feat gives you Advantage 3.

So you would have the following with a Might score of 5 (your max to start):

So, increasing damage is a question of character building

… in this way, you can also choose to have an “Attack Specialization (Fire)” mage that also deals more damage but in a different way.

Jacob Croft · March 24 at 8:51am · (original reply)
Thanks Brian, I definitely need to read through the rules thoroughly when I’m feeling a bit more awake.

I’ve come from playing RuneQuest 6/Mythras which has an incredibly in-depth combat system. The mechanical possibilities are fantastic but it can feel like you’re micromanaging a bit too much sometimes so adjusting to this is a complete change of pace for me.

Brian Feister · March 24 at 10:37am · (original reply)
Sure thing! You’ll note that “two weapon style” gives Advantage 1 and so does “two-handed weapon style” so those are equal. But if you go “Sword & Shield” style, you don’t get that Advantage 1, so there is still a distinction in melee combat, just not between a “flail” and a “mace” which Open Legend claims is not really that important anyway, since it just results in the d6 flail being an inferior weapon that no one uses when they could use the d8 mace instead.

I felt that was a very uninteresting narrative, and really fails to tell the story of why people choose weapons in real stories, which is more about their preference and very minor differences but MOSTLY about their time spent training with one weapon, which we represent with Attack Specialization or Martial Focus feats.

Matthew Haentshcke · March 27 at 8:04am · (original reply)
What a topical comment on sword & board not giving advantage via one-handed weapon! I was reading these rules carefully and noticed that both types of shields are classified as “one-handed melee”. Which, according to the one-handed melee rules “When wielding a one-handed weapon in each hand, you gain advantage 1 to all melee attacks.” The shield classification implies that it can be used to attack as well (like a shield bash)…so sword and board = 2 melee weapons and adv1?

I see the intention, however, dual-wielding and two-handed melee give advantage 1 for forsaking the extra defense granted by a shield, but the wording could use some clarity.

Jeff Vango · March 27 at 8:57am · (original reply)
The shield can absolutely be used in an offensive manner to inflict damage or banes, but won’t give you advantage due to dual-wielding. There is no conflict of rules here though because you have to read the defensive weapon propriety:

Matthew Haentshcke · March 27 at 9:06am · (original reply)
Thanks Jeff, that line makes things clearer although the two sections required to come to this conclusion are rather separated. One in “Category->One-handed Melee” and one in “Properties->Defensive”.

Not sure how I would more tightly link these two since the One-handed melee category discussion is already a bit hard to parse.

Ricardo Saltos · March 25 at 8:29pm · (original reply)
to add a bit of flavor you can build a character that uses energy (elemental) /entropy for shadow, poison and fel or even influence for psychic type damage in melee and flavor it as if your weapons has always a magic aura around them and proceed to make melee attack rolls with those attributes. Extraordinary focus makes a good combo here.
Cheers and enjoy the system!

Hey - is the exploding dice stat generator that you have screenshots something that others can use?

Hey - is the exploding dice stat generator that you have screenshots something that others can use?

Hey @Shashi, actually the one in the screenshots had some bugs and was done by a friend of mine. I’ve since fixed the bugs (though I want to tweak the user interface but haven’t gotten to that yet and republished it here (feel free to use it however you like)

The source code (for anyone who’s a programmer), which I didn’t write, only fixed the bugs is here: 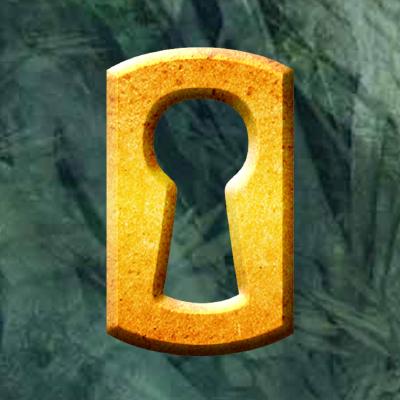 Contribute to openlegend/open-legend-stat-gen development by creating an account on GitHub.

Thanks - this is super useful!