It’s been way too long since i’ve shared any of my creations in the community site, hopefully that changes soon for the better

Anyway, i’ve got a boss based around the idea of relying heavily on the Shapeshift boon (with an small limitant) to scale up from a nuisance to a nigh-unstoppable force. Although i only gave this boss one form to Shapeshift into, you are free to create and add any number of extra forms you might come up with.

“Power corrupts, and absolute power corrupts absolutely” it is said. Nowehere else is this saying more truthful than with those who dabble into the forgotten ways of Blood magic. The “Bloodsworns” as they call themselves are warped by the addicting but flesh-consuming power they wield, sometimes to the point of putting their own humanity in question.

Strategy: The Bloodsworn is meant to be a weak, fragile and borderline pathethic opponent at first glance towards any unsuspecting enemies, right up until he syphons the vital energy of one or more subjects until they turn into drained, empty shells for their former selves, all the while he transforms into a towering monstruousity fueled by blood and rage.

Although mostly for narrative purposes, this boss’ Polymorph bane is flavored as him draining the blood out someone until they “transform” into a much weaker form while the Shapeshift boon is him using the blood gathered from “draining” somebody to empower himself. As such, a GM using this boss should not make use of the Shapeshift boon in combat unless there is at least one target under the effects of the Polymorph bane, since much of the strategy to beat this boss revolves around these two ablities.

While transformed, the Bloodsworn’s defenses, regeneration and HP increase dramatically, making him incredibly tough to defeat; as such, any party attempting to do so should seek to keep the boss from sustaining the Shapeshift boon or countering the Polymorph bane to end the boon early.

Although i took some liberties when creating the Shapeshift form, It is important to note that all of the (other) features of both Shapeshift and Polymorph apply as normal. 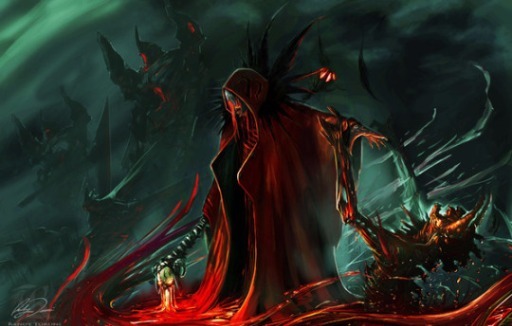 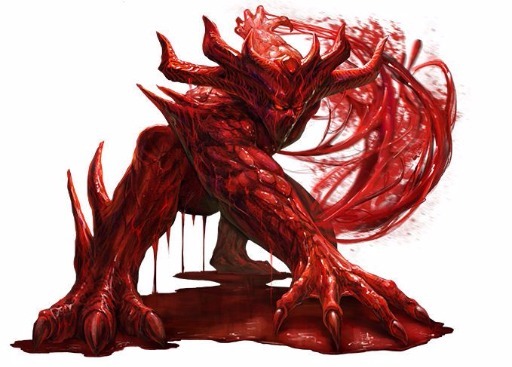