Foundry is a virtual table top that I enjoy using more then roll 20. I was wondering if there was any interest to get open legend on the official list of supported games. I don’t know how the process works and looks like you need to know some coding wich is over my head. Would be nice to have open legend officially support on this vtt.

Someone may have already done the work. 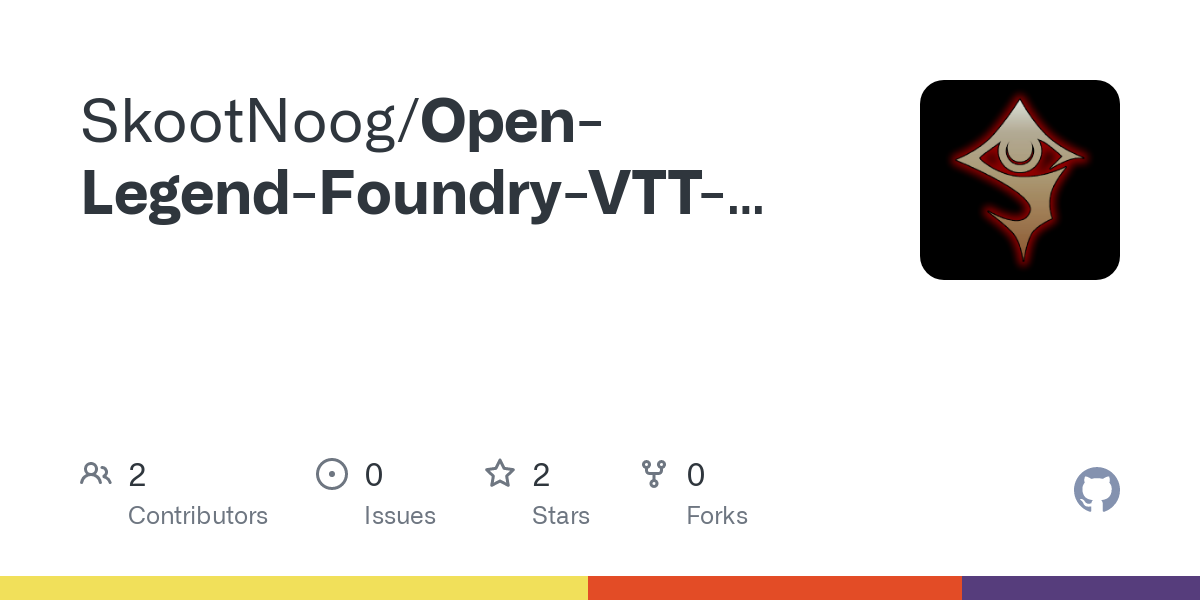 Contribute to SkootNoog/Open-Legend-Foundry-VTT-System development by creating an account on GitHub.

after that looks like you submit it here Systems, Modules, and Worlds | Foundry Virtual Tabletop

Anyone who knows how a tiny bit about coding can try to get it added to the site.

I very much reccomend using this open legend system instead:

I worked with SkootNoog’s version a couple of sessions and it … worked. But Kosmo’s just works so much better, not to mention that there are already compendiums for boons/banes and feats.

I don’t know why it is not listed yet (I think most of the conversation about it is happening on the discord in app development). But I suspect it having to do with the creators of the module feeling like they are still in development stages and wanting to finish something before they publish it. Coding however, is never done

so they should get a puch in the right direction.

I will 100% take a look at that. googling foundry open legend vtt took me to skoots thing.

Do you know if kosmo is gonna update it to 8.x?

Very cool! I did not know this existed.
My party uses MapTool.

We don’t actually play online, we just use electronics to enhance the experience. It’s mostly just for making things more convenient.
Something about being eco friendly and saving the trees too and saving money or something like that idk…

I doubt we’d switch from using MapTool any time soon but I wanna see this just for the fun of it.

Map tool looks cool but doesn’t really do what I need it to. My best friend in the world moved away recently and I’m still trying to figure out how to deal with that personally lol. But we are moving everything we used to do online.

Its just taking a lot of time to learn everything and set up.
Right now I use https://www.dungeonfog.com to build maps
and https://foundryvtt.com to run the games.

Foundry is a one time buy so that’s why we liked it over roll 20. and dungeonfog is like 5 bucks a month or something for lots of cool assets and a pretty easy to use tool for building maps. Its a step up from the grid paper drawings from before lol. Not playing in person takes something from the experience though that’s for sure.

This topic was automatically closed 60 days after the last reply. New replies are no longer allowed.