The changelog has all the deets for ya, but basically, you can now Login to HeroMuster from the character builder and the extraordinary item builder. Doing so affords you a place called My Creations that tracks all characters/items you save, just for you.

Of course HeroMuster will offer a lot more when it’s built, but that’s what is relevant right now for the OL tools. Feedback welcome, as usual. 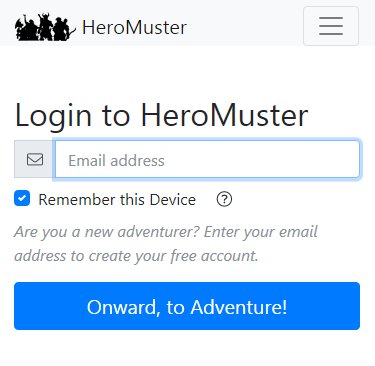 I have nothing to add but to say that this is awesome, and I love the work you’ve been doing.

Logged in users now have more functionality on My Creations including:

Example showing a recent UNDO and an import that failed. 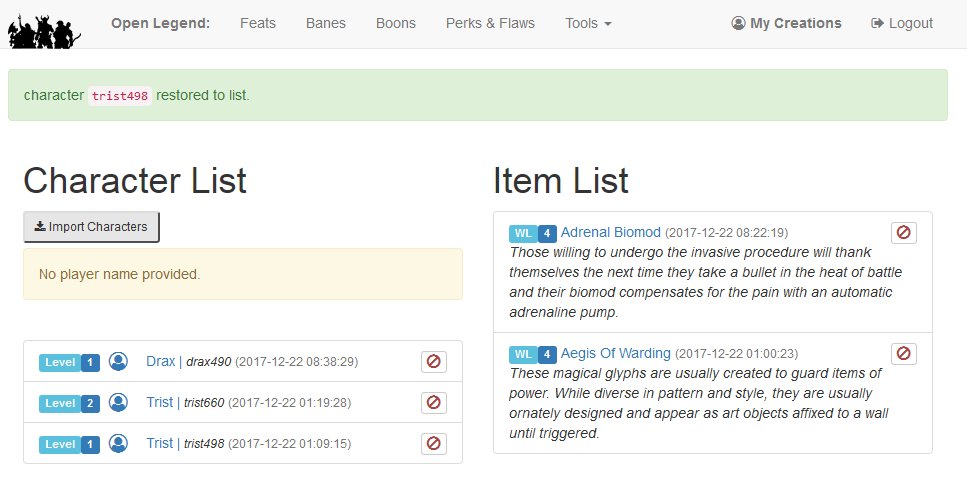 Can we still do it the old way without a log in?

Can we still do it the old way without a log in?

Absolutely. Nothing is being removed, only value added.

Hey I’ve started implementing the code that will use the api to import the items to the mobile app and its going well so far. I was thinking, would it be difficult to add a method to get all items/characters by account name?

would it be difficult to add a method to get all items/characters by account name?

I’m not revealing any account info in the API because the API is wide open.

edit: once there is the ability to generate API user/pw keys for your HeroMuster account then I can add an API call to pull in all user account creations. Neither of these 2 things exist yet.

That makes sense. It was more of QOL improvement as opposed to a need; so that users can see the list of their items rather than having to type in the item id.

It was more of QOL improvement

For sure, but QoL isn’t worth exposing user data until QoL can be implemented safely (since there is no obscure player name mechanism for items).

This should have been available the day accounts went live, but alas, it was not.

Want to test it out? Login, create an item or character and save it. Reload the page (the URL should have automatically changed to the saved link). Tada, new icon!

Edit: There is no undo, so know what you’re getting into.

The top-right of the My Creations page has had the link changed to simply Account, which will take you to the new HeroMuster account settings page where you can do all sorts of things, like add/remove password or authenticator security settings. More info in the HeroMuster changelog.

You can now tag your creations to help you stay organized. Tags allow you to quickly hide any things that do not have the selected tag (at the top of the page). Give it a try and let me know what you think!
Thanks to @Great_Moustache for bouncing ideas till tagging became the answer. 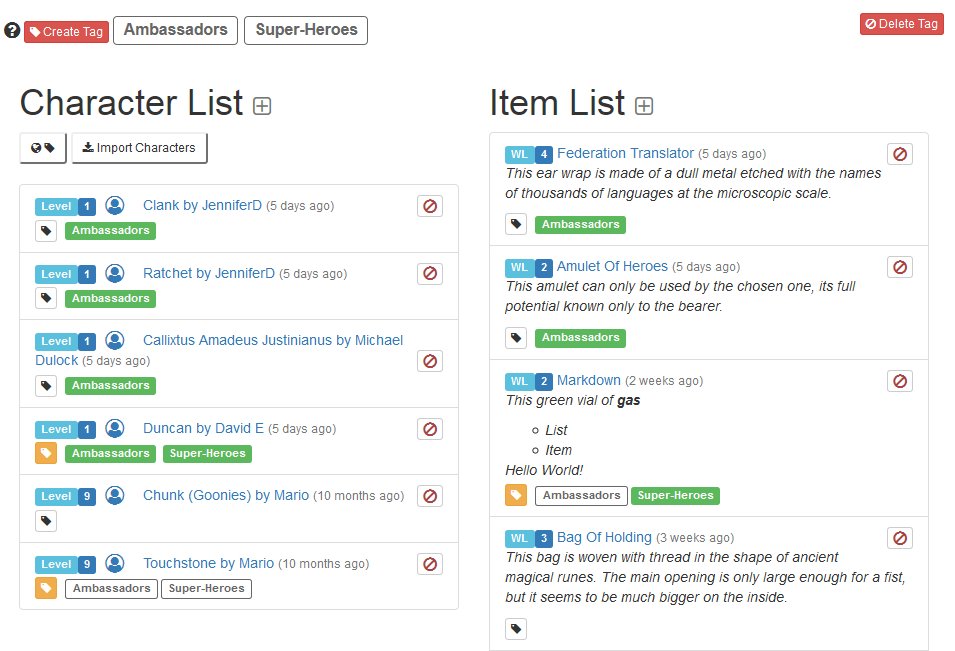 Hey, just a question. Is there a way that we can make a legendary item creator or add the slaying, intelligent, and unfailing properties to the existing builder.

Sure. Working on it now Released it.

I would like to thank you for heromuster. This tool has made character creation such a breeze every new person I show open legend to I tell them they have to use this site. The view available feats / banes / and boons is my favorite feature.

As someone who plays a wizard with a lot of bane options, having my list of personalized banes up on my phone while playing is just amazing.

Hey strangers. You can now stalk bookmark other people’s creations so they are visible in your account using the new bookmark button found on characters or items you don’t own but are viewing (while logged in). You can also import them from the My Creations page using the new button at the top.

As seen above, you will now see an icon for items that are bookmarked rather than owned.

You can now find other Open Legend players on HeroMuster by using the new Search!

It’s better when you login, but if you’re anonymous you get results too; because I think it’s better to convince someone to signup rather that force them. Here’s the Open Legend RPG specific search.