December Update - End of the Year! 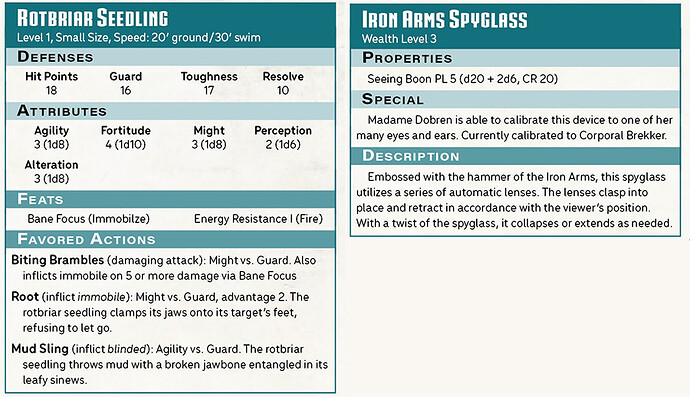 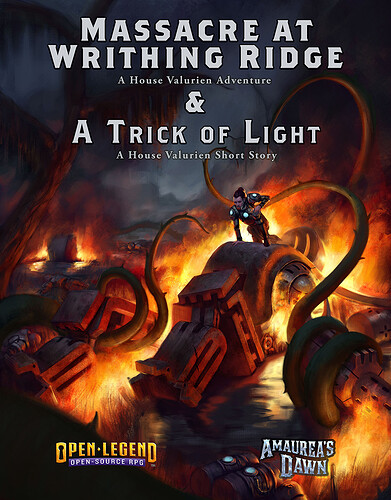 A few hiccups and delays have caused this to take a bit longer than expected. However, the ground work I’ve been doing in InDesign will make the next projects move along much faster. A lot of GREP magic, as well as better Style practices being used will make things smooth and easy to update or change as needed. The stat blocks, for example, I can just paste in text and it automatically bolds and italicizes text that needs it.

Also, an oops, it is Ridge, not Bridge for this adventure. I’m am finishing up the last touches to the layout, and may be able to get it out before midnight, if not it should be available on January 1st for backers to download. I wanted to stop to go ahead and push this update out before the afternoon turns to evening.

The playtests I have ran have gone well, as well as helping catch a few minor elements that needed adjusting.

Things are going well for Seventh Sphere, LLC as a whole. I’ve recently hired an editor who is going through the remaining projects that have not seen the touch of an editor yet. In addition I have a writer working on a project outside of the Kickstarter while the editor and I finish up the Stretch Goals adventures.

People are continuing to be interested in Open Legend RPG, and are purchases PDFs and Books. This is a good sign that the system is still alive and healthy: with the continued releases helping show there is still life in the system.

This is a rough estimate of timelines, and in some cases the adventures might be released sooner, though hopefully not any later.

End of First Week of January

I will be looking at this in more detail after I have finalized the paperwork for sales, expenses, and taxes. Depending on when I have breaks between layout and waiting on any editing or other work to come in, I will work on refreshing the layout of the GM Screen.

I will most likely proceed with this in 2 stages: Ordering the Screens then Shipping. That may sound obvious at first, but I am talking about when funding is available. When I can cover the costs of the Order, I will go ahead and place it so that process can start. This means the GM Screens may arrive before I can pay for all of the shipping costs. Once the funds for shipping are built up, I will then pay to ship them out.

Once the GM Screens are ordered, I will be sending emails out to all the backers that chose this option. This will be to confirm present mailing addresses. I will not ship any GM Screens to people that do not respond as I don’t want to risk them going to wrong addresses.

I think this will be able to happen by the end of Quarter 1 of 2021, but that is an estimate and will only happen once the funds are available.

These are at the bottom of the list. I still want to get the Wallpapers out in the first few months of 2021, but they are not a priority compared to the rest.

Social Intrigue and Mass Combat will be worked on and playtested before being released. This will probably not be aggressively worked on until the 2nd quarter of 2021.

2020 has been… a year. I look forward to hearing about all the adventures people go on using the Open Legend RPG system, and am excited for the future. Please continue to send out word of mouth about the system to others.