From Mary Shelly’s Modern Prometheus to tales of golems cast from clay and holy symbol to A.I.s more human than the humans who had made them.

But, are they alive? Can they die? Or do they just… turn off? And what happens when they are flicked back on?

That is your question for this round. This challenge will ask for two sheets, a before and after.

Seven levels, show us your golem, your android, your own manmade man as they were in “life”.

Seven levels, show how being pieced together again changes them, how the monster feels to have lightning course through it’s veins again, how the clay, now so old, stands once again, how the echoes of glitching subroutines keep the steel exoskeleton shambling along.

Reminder that to vote for favorites, just click the little heart icon. Hiki-B, resounding echo, created by Lithimlin (level 7). It started out as a passion project on the side. A young student started to code a personal assistance AI. After a few years of working on it sporadically, she focused her attention more on it... 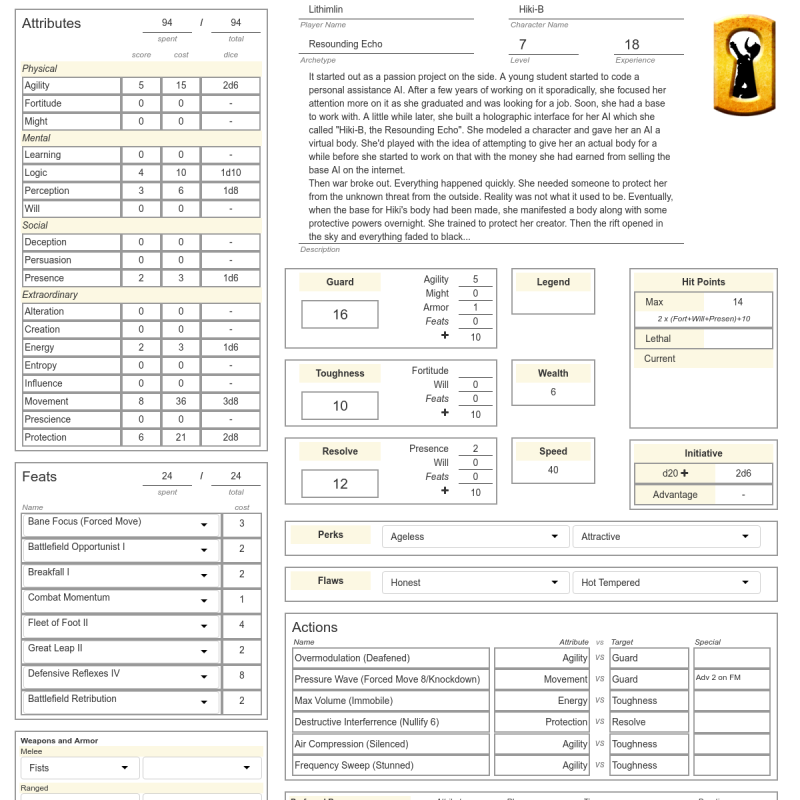 Hiki-B, broken echo, created by Lithimlin (level 7). Hiki didn't know how much time had passed but that did not really matter. It had been too long to protect her creator. She awoke underneath rubble. It took her a while to get out of it and after...