Hello, forums! On the Discord, a while back by now, I began a “Character Improv Prompts” contest where I give a prompt, and anybody who wants to participate can submit a sheet that fits the prompt!
I am migrating it to here, as per recommendation by Great Moustache, so as to allow more visibility and wider sumbission and vote windows, so, feel free to submit your sheets here, and be sure to heart your favorites! Most hearted sheet is the winner!
Thus far, there has been two prompts, which means that this is the third:
“Florida Man”

Florida Man, the Headline Hero who’s sometimes not so much a hero, known for strange happenings, a criminal record unmatched in it’s absurdity, and grand good deeds that you have to reread to.make sure the newspaper says what you just thought it did!

For your challenge, let’s go for a nice level 5 on this. A level 5 Florida Man, ready to face the horrors of alligators, the Florida Police, and even his fellow Florida Men!

Submit your sheets and cast your votes, because when the real Florida Man is revealed, it’s going to be weird! Is he the hero we need? The one we deserve? At least one we can recognize? That’s on you to decide! 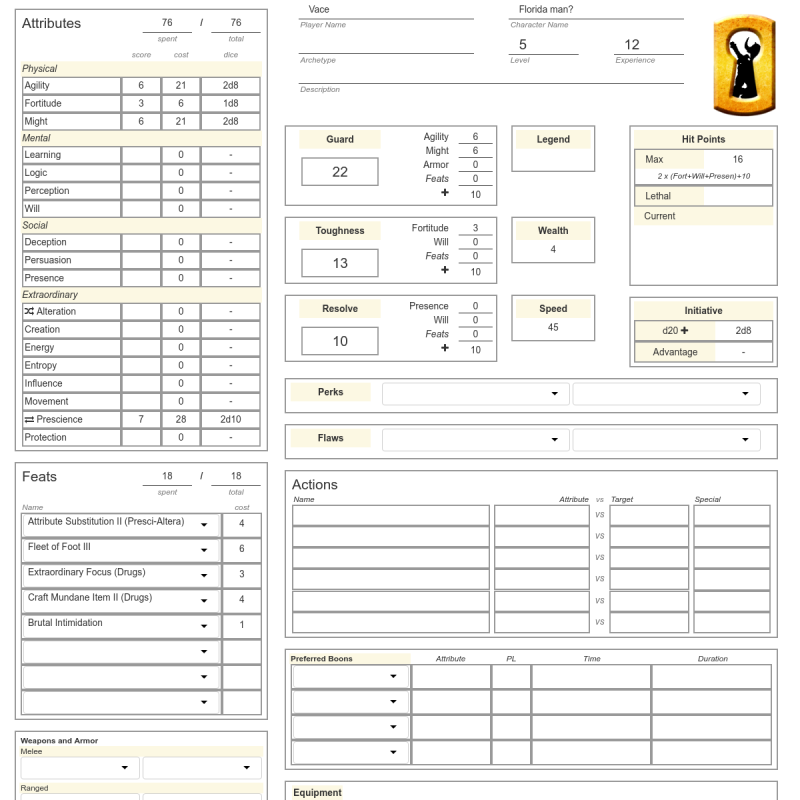 Well, it looks like after one week’s time we have only one entry. So, I’ll just say it now: Congratulations Vase on making the best Florida Man sheet! I’ll get to thinking up what to do for the next Character Improv Prompt.