Hey guys, im planning dnd session for my friends, but ive come across a bit of a pickle. I want the pc’s to have backgrounds that are relevant to the camapign, like the critical role campaigns that are all about solving things related to the chars ( percy’s murdered family, grog’s herd, etc). Now, i dont know how to achieve that, as i cant figure out a good way to ask them who they want to be without having them participating in the world building itself, which kind of breaks the immersion. Any ideas?

Don’t worry too much about breaking immersion! The players are already building their characters, so asking them “Where did your character grow up? Are they related to anyone important? Do they have any dark secrets?” isn’t even that much further. Let them come up with some stuff that their character would know about and see if you can fit it in to your existing world with some small changes.

The other option, if you want your world to be more under your control, is to talk to them about who they want their character to be and then you make some suggestions. In a new game that I’m starting tonight I wanted to play a warrior priest, so the GM suggested a particular religious order within their world who are obsessed with hunting down and protecting people from the touch of otherworldly beings. I asked why I might be on the ship we’re starting the campaign on and they suggested that I was returning from a hunt, and together we worked out the details of who I was hunting and how I failed to capture them. I expect that character to turn up later, and my character is going to have a very strong reaction when they do.

r/rpg - I swore that I'd never start another RPG in a bar/tavern...

I strongly disagree with the notion that involving the players in worldbuilding breaks immersion. It’s the easiest way to involve players and to make sure that they bite on the plothooks you throw out. Also, I’d argue that involving them in the worldbuilding process, especially for their character’s hometown/village, district or borough increases immersion, as the players don’t need to ask the GM for details and information about the places that they actually helped to create and they can share them with their fellow players instead of the GM having that duty.

I agree with VanGo here. Letting players deicide the culture size etc of their place of orign, what kind of creature killed their parents etc. will not break immersion.
Furthermore I can strongly reccomend that you write up some questions for your pc’s to answer:
-who are your parents/guardians and what did they do
-do you have any siblings and/or childhood friends
-whats the reason you left
Look here for more: 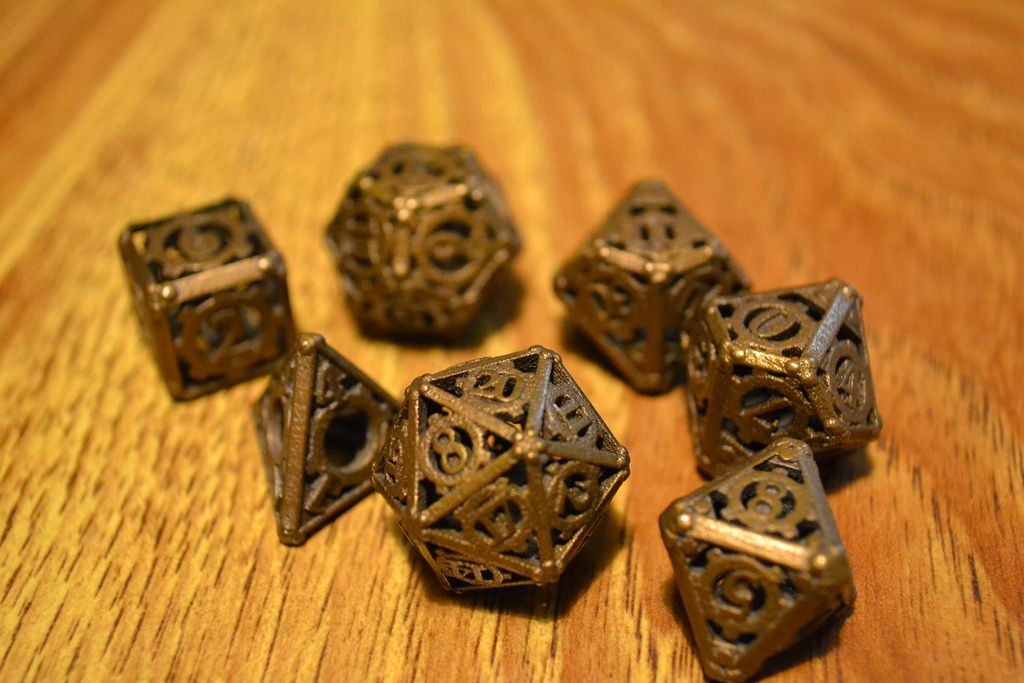 Main picture: Bronze Carved Dice by Ty Konzak Please note: The Usual Disclaimer applies as always. When creating a new character for a campaign (or for a book or anything else really), it's useful to have a fleshed-out backstory. That way, whenever...


in my experience players will often have some dramatic things in their backstory (my whole family was murdered, I am an outcast etc. to justify leaving home). You then mine those backstories for ideas. Maybe the players wants to take revenge on something, or they need to protect their still living family. And even if the players decide to kill of their whole family in a natural disaster you can still make their spirits come back to haunt the player about some unresolved business.

In my own campaign I had some characters with nothing of interrest happening in their background, so session 1 the big bad came and steal one of their family members, instant quest material

with the Critical Role example, they didn’t start out with all that, or even stories that were tying in. Those things grew and came about organically in the campaign.

The players wrote up some backstories for their characters, and Mercer ended up weaving those into the world later. He didn’t start with the idea “They’ll meet these people here”, but later on, as the campaign ran, he found out where it happened in the world.

I usually always build the world with my players, asking what sorts of things they want in the world, and we make a whole list of things. Then they have an idea of the world and what to have for their characters. I take everything we decided and then use it to make things up for the world.

I let my players make up things in the world, b/c then they are even more invested in the world itself. I’ll even ask, “What are things like here, since your character is from here.” When players might stumble upon a new area.

Immersion is overrated. The important thing is actually engagement. That’s when the players care about the world and are invested in it and what happens there. There are some good suggestions here. I do similar in my game too. Sometimes, just ask the players for a detail instead of coming up with it yourself. You’ll get to learn something new, and the things they contribute can be much more interesting that what you might have had in mind.

For example in my game, one of my PCs was surveying a smoky bar. The thing I had in mind was some seedy NPCs who could give them some information. However, since the PC had succeeded at his action role, I let the player narrate his success. He told me he saw an old acquaintance of his who was a private investigator. They talked a bit about their past, the NPC gave the PCs some information, and now I have a new character in my cast I can use to make the PCs’ lives more interesting.