Attn: Mods & Everyone - Help out a poor helpless psionic kobold

Professor Bill here from (adjunct at Nerdarchy). I’m looking for help with his psionic kobold character which is explained in detail in this article. 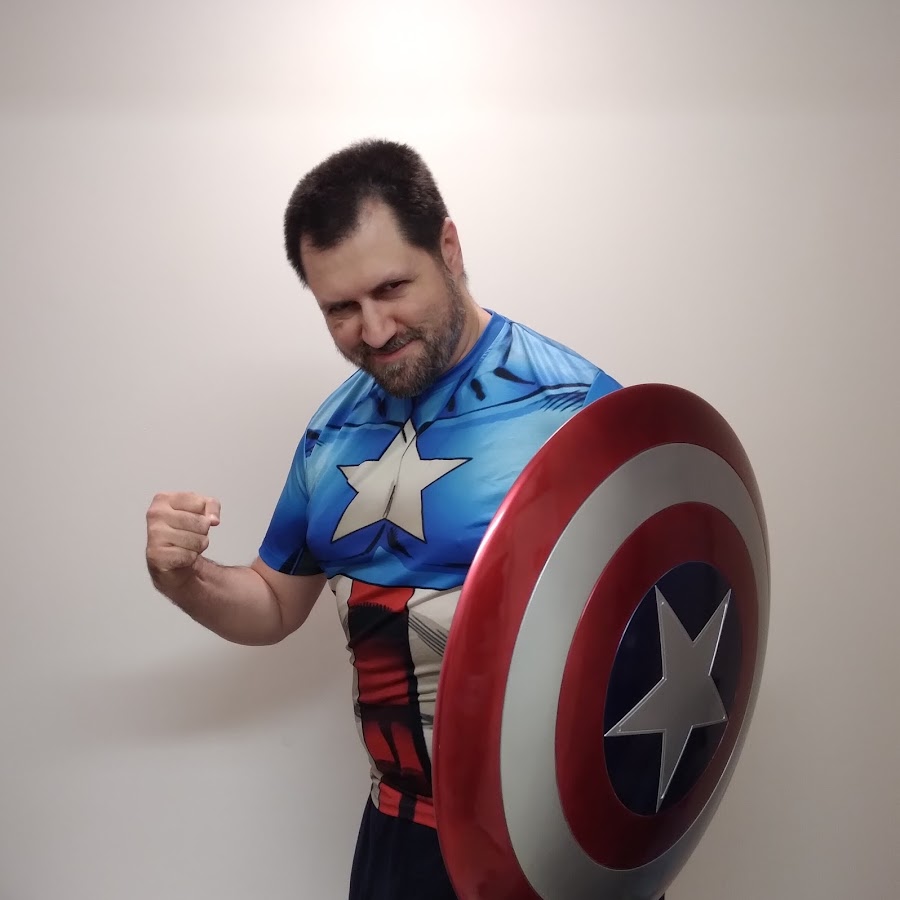 Welcome students and fellow instructors! My name is Professor Bill and here we will endeavor to educate the world on all things comic book related. Subjects ...

I reached out on Twitter asking for community suggestions, and @brianfeister me here. Any help on this would be awesome!

Hey, guys, Professor Bill here, and I’m playing in the Nerdarchy “Open Legend” game on Friday’s at noon Eastern Standard Time. Actually, I’m the auxiliary player, so when someone else can’t make th… 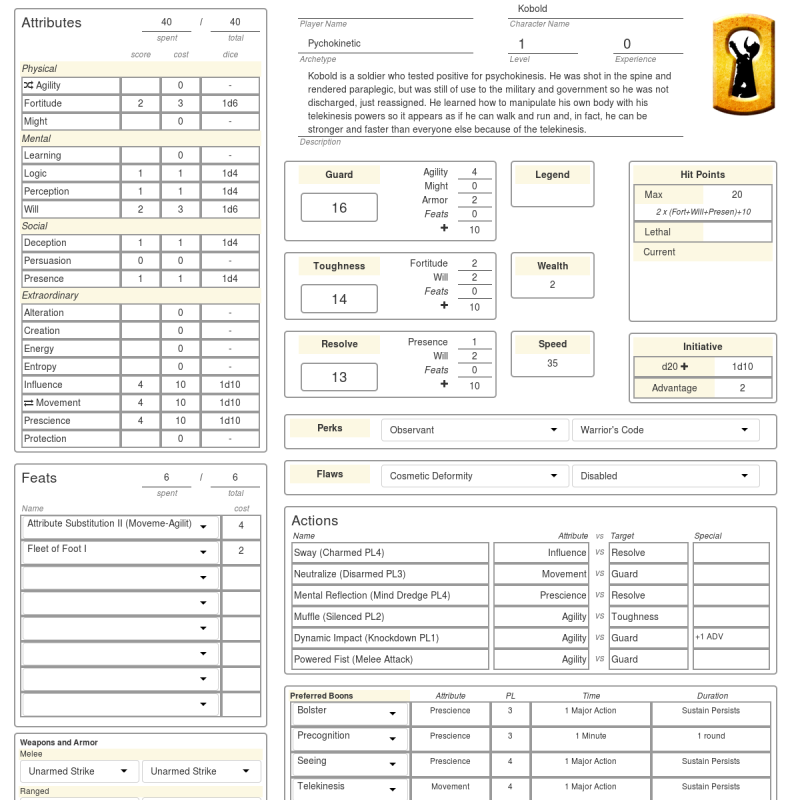 Kobold, pychokinetic (level 1). Kobold is a soldier who tested positive for psychokinesis. He was shot in the spine and rendered paraplegic, but was still of use to the military and government so he was not discharged, just reassigned. He learned how...

Was the testing traumatic? Do you now have a distrust/disgust of the military because of it even though it gave you your powers?

What were the circumstances of the shooting? Was one of the testees jealous of your progress. Maybe a higher faction in your/ the opposing military didn’t want the test to succeed so they set out to make sure you didn’t progress.

I’m also on the team for this upcoming game. We are all super excited to play Open Legend in Nerdarchist Dave’s campaign.

I haven’t played the game before but I’ve been exploring the rules and it looks fantastic. Took a couple stabs at character creation, which is quite fun and innovative. We have a session zero-point-five this Friday at noon EST on Nerdarchy’s YouTube channel to do some extra world-building and character development before starting the campaign.

Huge thanks to the Open Legend community for the response to Professor Bill’s call out. My character idea is still a work in progress: a tough, brash female dwarf with a mechanical arm. I’m still ironing out the details but right now I’m thinking she has some association with the sport we came up with, sort of an anti-gravity soccer-hockey hybrid. So maybe some kind of athlete. If I need any help with ideas I’m definitely coming here!

The “aether”-sports idea is quite out of left field and I’m very interested to see how it turns out and how it is implemented. I was imagining something similar to Pro-bending from the “Legend of Korra” or something like the new SuperGiant game called “Pyre” (https://www.youtube.com/watch?v=YdgHK1Z1PLY). Don’t model it after Quidditch… It is a terribly designed “sport”!

I like this concept! If you are looking for suggestions on the actual build, my initial thoughts are to use Attribute Substitution, substituting a Movement score in place of either Might or Agility, depending on which route you’d rather go. Additionally, using the Disabled flaw is a good way to represent the fact that, at least naturally, your character is a paraplegic. Flaws are activated at the player’s discretion, so this allows you to have the injury be relevant only when you want it to for story purposes (losing concentration makes you fall down, etc).

This character sheet is awesome! Geez, you did most of the work for me. I cannot thank you enough.

This is my first time here so I wasn’t sure if I could reply to each individual or not (apparently it’s “not”). I like the deeper though idea that maybe it was friendly fire why my character was paralyzed. The substitution idea is good, too. Is there a way to choose to substitute movement with might with agility at any time?

No, it’s an either/or choice.

Nope. Once you set your primary and dependant attributes you are locked with them for good (That’s just RAW though, you might be able to work something out with Ryan).

Also, if you are looking for more of a real-time response or send messages privately, i’d suggest you to get into the community’s Discord server.

Here are the rules for Attribute Substitution!
You could potentially take the feat again and apply it to Might when you gain enough feat points through leveling up if you want!

This is my first time here so I wasn’t sure if I could reply to each individual or not (apparently it’s “not”).

It’s slightly difficult to figure out, but YES you can respond to multiple different posts at once. Highlight some text and then click “Quote” and it will open the post composer window at the bottom. Respond to that quoted post. Then, highlight some text from another post the “Quote” popup bubble appears again and you can click it again to include reference to that (2nd and any number of additional posts beyond that) post in your reply.

It’s not exactly the same as other forum sites, but I’m convinced it’s way up there as one of the best, has tons of features that people don’t even realize are there.

Here are the rules for Attribute Substitution!
You could potentially take the feat again and apply it to Might when you gain enough feat points through leveling up if you want!

Nice, I think this is what I’m going to do. I feel like this is something like the Druid in D&D or even WoW where you can “respec” yourself depending on the needs of the party.

Unless stated within the feat itself, you may not take the same feat multiple times (Some specific feats like Boon Focus state this). And for those that are new, this does not refer to (for example) taking Lightning Reflexes II when you have Lightning Reflexes 1 (that’s going up a Tier for the additional feat cost).

You’re right @ucffool!
Don’t listen to that suggestion I made @ComicBookUniversity!