Brandes Stoddard (who is one of our writer’s for Amaurea’s Dawn) put a great article up on Tribality.com today.

I really like two things in his final “Wound” mechanic proposal:

I’m honestly considering adding it as a late Core Rules additional option or maybe even a complete replacement of the existing Critical Hits optional rules. A new rule could look like this:

To add a more gritty realism to to a game, GMs can implement the optional critical hits rule.
Under this rule, any time an attack deals 10 or more damage, it inflicts one level of the fatigued bane. 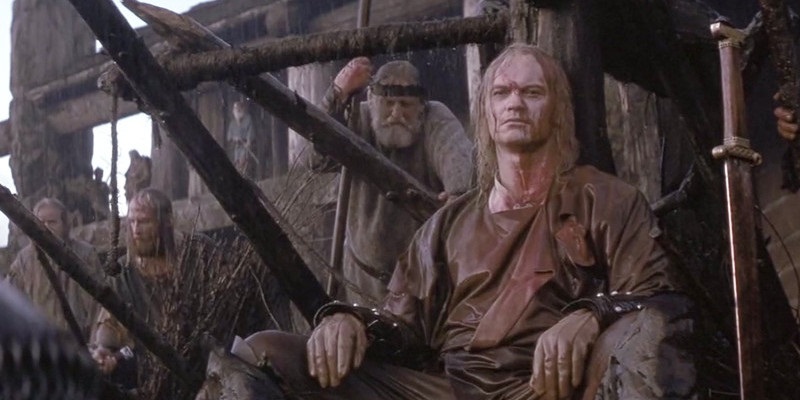 Quite some time back, the estimable Tim Baker sent me this: I had an idea for a topic or maybe even a series that you could consider covering in the future.  I'd love to hear your take on damage, dying, and death in D&D (how's that for...

Another thing you could do was change the way lethal damage was dealt really. you could choose any and all of the below:
Having each successful hit dealing 1 lethal damage.
Having all damage be X % lethal damage (depending on the length of the “workday” it could be 25-50%)
Attacks that deal 5-10+ damage would also apply X lethal damage.
Have each encounter apply a small amount of lethal damage or exhaustion/fatigue (maybe apply a savingthrow to resist it) so players would have to consider every strenous activity if they wanted to work through an entire day.

Using fatigue is also viable, the problem one can run into is not giving players adequate resources to handle these losses of… resources. I’d personally use both lethal damage, fatigue, and possibly other features.
Say ammo counting, the more a player have used ammo (or maybe extraordinary abilities/mana) they accrue disadvantage with said action until they restock ammo/ do whatever for mana. (I’d have to think about it in more detail before throwing it at players)

I generally liked how we used Fatepoints in the dark heresy campaign I played, slow healing, hard encounters and challenges (there was alot of lethal challenges) ended up restricting our fatepoints, and having this resource dwindle that would both work in combat and outside combat was great. How this oculd translate to OL would be Giving heroes 2-3 legend points per adventure/mission/whenever they reset and then throwing harder encounters at them, so they would have to consider when to use said points for a needed boost.
Having that feeling of your legend points dwindle (rather than having 0 legend points hoping they’re rewarded) is a better grim and gritty feeling I’d say.

Last but not least, the core HP mechanic of one of the d20 Star wars systems (Don’t remember if there’s more than one) uses both wound points and hp, Wound points being the amount of physical damage you can soak, and hp being the luck/skill factor. - The point was that wound point would take a long time to heal, and everytime you would be attacked on the wound points, you would have to save vs stun/unconciousness.
Now I found the system in the complete state rather poorly put together, but seperating hp into a small pool of “shield” and another pool of actual vitality means players can have the lethal damage feeling, with a twist.
This could be done something like:
Hp based off will and fortitude is considered wound points.
Hp based off presence is considered hit points
Hit points heal often, but wound points do not heal often, normal healing still heals hp, but wound points would need extensive care much like lethal damage. (can just assume abilities and feats that modify lethal damage modifies wound points)
Damage taken is first applied to hp, then when there’s no hp left, or if it’s a critical hit (or if it’s a trap?) it is then applied to wound points. 0 wound points = down character (death spiral, whatever rule you use)
You get the idea, I’d have to actually run numbers to say exactly how many hp/wp people should have, but it may be simpler to manage, or easier for players to understand when they know and can see it all up front.

Anyways, hope this gives you a few alternative ideas.

Appreciate all of your time in writing that down, unfortunately, for the most part those ideas all step into a direction that is far more complex than what I’m interested in pursuing with open Legend

The problem i have with fatigue is the current way it is written you have to spend 24 hours doing near nothing to recover a point outside of restoration.

If you take a couple of hits of 10 plus damage, you and your party is now out of commission for a full day, showing down the story and narrative.

If fatigue could recover 1 level with a full nights rest, then it wouldn’t be as bad.

I’m honestly considering adding it as a late Core Rules additional option or maybe even a complete replacement of the existing Critical Hits optional rules.

I don’t personally see a need to replace the existing rule. I like the idea of using fatigued, but maybe they could both be listed as optional rules? I think that some of us who have already been playing will continue to use the existing optional rule whether it makes it into core or not.

For sure. I may have overstated my position. It’s not that I’m super gun-ho about making the switch. I just liked the idea of the gritty feeling where getting hindering effects is fairly common (as an optional rule) for the Zombie Apocalypse type story setting.

To add a more gritty realism to to a game, GMs can implement the optional critical hits rule in combination with lethal damage.
Under this rule, any time a character accrues 5 lethal damage, it inflicts one level of the fatigued bane. This means at 5/10/15/20/etc.

While any levels of fatigue exist in combination with lethal damage, all healing received is only at 50%.

Fatigue accrued via lethal damage may be recovered at 1 level when a character undergoes a full sleep (usually 8 hours, but determined by the GM).

That was a good read and I actually would be fine with including that optional rule, but only if the “original” optional critical hit rules stick around and if they get different names, because having two mechanics under the same name that work vastly different and are independent from each other, would just be confusing.

I fully agree. Both are good in their own right, and I would be ok if both made it into the book