Location: Roll20
Voice: Discord
Camera: Not Required, but nice to have
Streamed: Twitch.tv (recorded and streamed live)
Experience: None required (either with Open Legend or with any other TTRPG)

Medieval Fantasy with the recent emergence of black powder and airships. Floating islands/land masses exist due to the nature of minerals that are mined to enable airships.

A recent prisoner transfer to a secret floating confinement center resulted in a successful escape attempt that resulted in the prisoners taking control of a large airship. They managed to raid a resupply station for the Empire and abscond to a pirate port (water based), and are currently taking on jobs with their newly acquired vessel.

They just successfully transported a person and their supplies to a port and have hired additional crew members.

You would be jumping in either as a recently hired crew member, or someone in the port they just arrived at that might be interested in joining their crew.

It would not be too difficult to recognize the oddness of the ship (which is capable of both air and water travel), and the fact it is no longer flying colors of the empire. Many in the world are on edge b/c of the Empire and its desire to conquer and quell magic.

Unfortunate circumstances led to 2 players no longer being able to commit to playing. We have only done 3 sessions of the game so far, so still right at the start of the campaign.

It’s me, Great Moustache! I have been using the system since it was first announced on Kickstarter, and am very familiar with the rules. I love seeing creative and interesting builds, and am very flexible in allowing all sorts of different characters.

How do I join?

Respond to this thread and/or send me a message on Discord. I’ll be looking at the people interested and picking probably 2 people to join the game after talking with them some. I am currently traveling, but arrive back in the States on Monday, 12th of November. I have access to internet (clearly), and can respond to people between now and then of course.

The current vessel they captured (yes, it is massive): 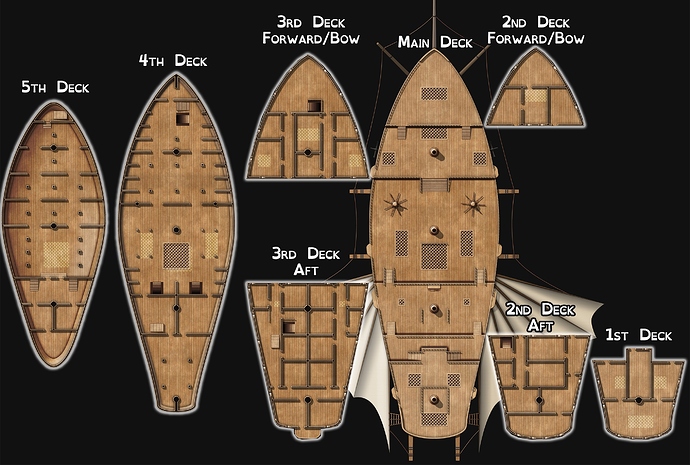