Having 5 additional turns in combat is huge, so it is hard on purpose. Lots of ways to make it easier through feats to gain advantage or remove disadvantage.

You are able to get Superior Concentration to sustain more than 1 boon, however.

Though note, it is not tier 5 that causes you to roll a d20+2d6, that is your Attribute Score at 5. When you invoke a boon, what you roll determines the Power Level that you can invoke the boon at.

So it is better to focus on multiple companions rather than summon creature? I feel like im missing something?

Tier 1 companions are perm, cost 2 feat, and have 20+4 (per level) attribute points. Also no need to roll.

Compared to summon creature being temp (/sustain), attribute 3/2/2, and having to succeed roll. Even with boon focus I dont see the point in the spell?

There are several builds that are quite powerful with summon creature.

companion can be nice, but it costs feat points. Feat points are the most expensive currency in the system by far. Tier 1 companion, that is ALL they have, and it isn’t really that much, so they will be fairly gimp.

Boon Focus III, for example, would allow you a permanent summons, as well as still being able to summon others. Grabbing a few tiers in Multi-Target Specialist would take away some of the disadvantage, and you can still always explode on dice. Plus using a focus action and possible aid from an ally to get 2 more advantage on the roll.

Some many different ways and angles to go about things in OL if you are creative enough.

Even with boon focus I dont see the point in the spell?

The boon exists because you can access capabilities through both feats and ALSO attributes. The difference is that feats either make you BETTER at rolls with attributes, or in some cases like Companion they grant you something automatically.

You only get 6 feat points, so the big difference between the two is that with the Summon Creature boon, it might fail you when you need it most (because you have to roll successfully to invoke it) AND you have to constantly maintain concentration on it. On the other hand, the Companion feat gives you permanent access to it, you never roll, and your Companion doesn’t disappear when you go to sleep at night.

With an attribute of 5, you also get a ton of other banes and boons you can invoke, so no, not only is it not terrible, in fact, the opposite – it’s giving you more options than what you see in almost all other tabletop RPGs.

If you invoke it with an Alteration score of 5, you would have the following banes (http://www.openlegendrpg.com/banes?Alteration=9): 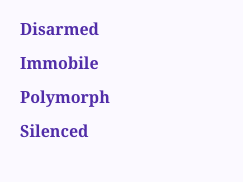 And the following boons (http://www.openlegendrpg.com/boons?Alteration=9): 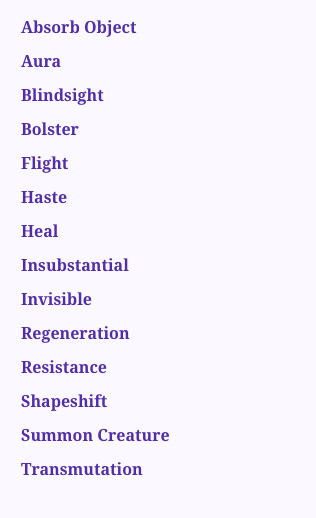 Many of these you can invoke 60% or 70% of the time. The idea is that Every Roll Matters, therefore, we tend not to guarantee things have an effect. It works the same way in D&D, you can roll an attack and deal zero damage, or you can cast Thunderwave and roll all 1’s on 3d8.

Keep reading the rules, you haven’t quite understood the system yet, so you’re jumping to conclusions. Also I recommend playing A Star Once Fallen rather than overthinking it too much before you try it: As @brianfeister said, Every Roll Matters.

So you fail to Invoke Summon Creature.

Successful Twist: you Summon the creature(s) but they suffer the Sickened Bane for one turn.

Failing Forward: you fail to gather the necessary energy to bring forth your minions, but you manage to mend the tear in the Weave in the magic around you. Your next ally to use an Extraordinary Attribute to attack, Invoke a Boon or Invoke a Bane, has Advantage 1.

These two quick suggestions mean that even if you “fail”, something cool should still come out of it.

I think Summon Creature v. Companion is just permanence v. Adaptability. With summon creature you can summon anything that you think will help in the situation, but that is all you can do, and they will go away. With companion it sticks around but is always the same.

rules question with Summon creature boon. I have a Creation score of 5, feats: Ferocious minons 1, Boon Focus 1 (summon creature), mutli target boon specialist 1. So I can summon 1 creature without rolling that has its attack rolls with adv 1. If I summon 2 creatures in one action, I just have to roll because of boon focus 1 grants adv 2, and summon creature boon is dis 2. And finally 3 creatures would be a roll with dis 2, 4 creatures dis 4. Am I doing the math properly?

It is summoned at the end of the turn, so it can’t act during that turn, but during the next one.

I think it’s more complicated than that. You can have a Companion character that is:

Yeah that’s incorrect. It is:

I think the issue @brianfeister is the following entry in Summon creature:

“You may use a single invocation to summon multiple creatures. For each additional creature summoned beyond the first, you suffer an additional disadvantage 2 on your action roll to invoke. Any effect that modifies multi-targeting penalties will work as normal in offsetting this disadvantage.”

In this regard, I read it as:

This is the intention, but I do see what people are saying here. Since the boon specifically says “you suffer an additional disadvantage 2”. That means the disadvantage 2 is on top of the normal disadvantage for doing multiple-targets, hence what conrad was typing.

I think this was a wording change at some point, as before it said something along the lines of “instead of the normal disadvantage for multi-targeting, you instead get +2 disadvantage for each creature summoned past the first”

I think this was a wording change at some point,

actually this IS how it is worded. @ConradCurtis didn’t copy past the entire special section:

Multi-targeting for this boon does not work as it does for other boons. You may use a single invocation to summon multiple creatures. For each additional creature summoned beyond the first, you suffer an additional disadvantage 2 on your action roll to invoke. Any effect that modifies multi-targeting penalties will work as normal in offsetting this disadvantage.

So to clarify, this is exactly as it is worded right now:

Thanks @Great_Moustache and @brianfeister. It’s good to know we can get clarification so quickly