A question to experienced dm's

Hey, im lexy, im new to DMing and want to start a game of open legend with my group. Now, i was really impressed with the concept of ‘same rules diffrent stories’, but i came to think lately that if you make a unique character with the feats provided, wont the creative abillities we make up would accomplish the same result and effects?

Hi Lexy! I might be misunderstanding your question here, but it seems like you’re asking if there are multiple ways to describe how characters achieve the same Banes/Boons/Feats. The answer is yes, and that’s exactly the point of Open Legend!

There are so many different combinations of Feats and Attributes that you don’t really need to worry about ending up with similar characters, and even if you do then different descriptions can make them feel very different to play. In one of the games I’m running at the moment, I have two characters with the Defensive Reflexes feat. One of them uses solid beams of lights to create shields, which she mainly uses to protect her allies; Defensive Reflexes represents the power of her shields. The other is a speedy teleporter who is able to dodge any attacks that are aimed at her and Defensive Reflexes represents her reaction speed. Even though they have the same ability, it feels very different to the players, and the rest of their abilities are different anyway so they don’t feel like they’re doing the same thing at all.

I hope this helps, do let us know if I wasn’t clear, or if I didn’t answer your question properly. Our very helpful community would be happy to assist.

Alright, it was indeed what i intended to ask, but thing is that it sounds like even though the usage of abillities is diffrent the result is the same, which takes out the uniqueness we are trying to achieve. Maybe youre right and its more about using the tools everyone got (the feats) in order to create somethinh unique

By the way, is there a good example of a combat round somewhere online? I didnt get too see the systems in action yet (though i know the rules, succeed with a twist, etc.)

There are a few series I remember hearing about if you want to watch people playing. I don’t have enough free time to watch any of them so I can’t name any off the top of my head, but a quick YouTube search should set you up.

You seem to be pretty hung up on the fact that some mechanics can end up being reused, which surprises me because I’ve not heard that complaint about Open Legend before. I suggest you try playing a couple of games, the problem isn’t anywhere near as bad as you’re thinking. There’s enough variety in your options that you would have to actively try in order to make two characters feel the same to play, especially at higher levels. I’m currently running my 4th and 5th campaigns (side by side, for different groups) and I’ve run that many one-shots as well, I haven’t yet run into any characters who don’t feel unique.

Have a bioluminescent alien: 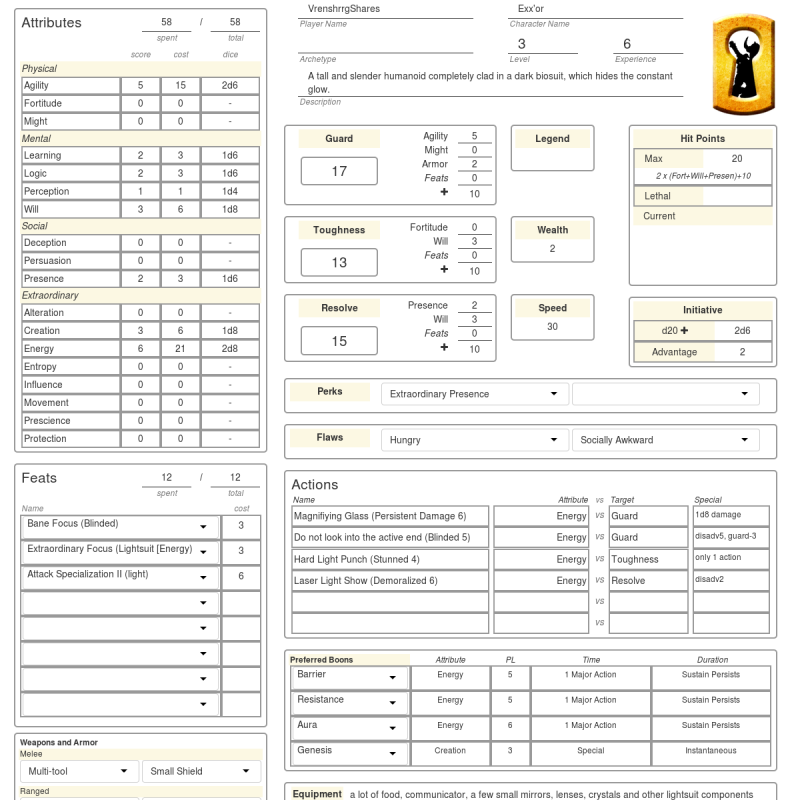 Exx'or, created by VrenshrrgShares (level 3). A tall and slender humanoid completely clad in a dark biosuit, which hides the constant glow. Built for Open Legend RPG.

which takes out the uniqueness we are trying to achieve.

Mechanics are Mechanics. That’s just how the system works. How you go about using the Mechanics and how you do the flavor/fluff of your character is what makes something unique.

Humans all have the same “mechanics” of how our bodies work, yet we are unique. You have Identical Twins, who are literally identical, yet they are unique.

How you go about doing is what makes it unique.

2 players in D&D can have the same Fighter builds, yet they are unique b/c of the choices they make in battle as well as how they play out those characters with description and narrative.

it all revolves around that.

Also, it would be pretty rare to have 2 characters pick exactly the same Attributes, Feats, Perks & Flaws. The statistics on it are pretty out there too with how many choices there are.

Let’s see, I have an Undead Executioner from the Lexx universe, A teenager who sings her spells, charms her way out of many troubles, and occassionally screams so loud that heads explode, A diplomat with a suitcase that can unfold into a giant sandworm, a Grandmother retired sheriff hunting for her grandaughter that has a purse full of useful items and that’s just the characters I am playing currently.

Add to that in the chute is a Carnival Barker with an Evil Clown, ferocious tiger and trick poodle.

I am currently playing with a Radio Announcer that talks to an invisble audience on a box that throws lazer beams, An alien made of hard light, A slime that turns from cute jello into a big snot monster (for lack of a better description), a little boy who fluffs up into a suit of armor when threatened, a blacksmith with two ballistas she lugs behind her and an empty suit of armor with a mechanical brain.

The problem isn’t “the characters are all the same”–it’s reigning them in, or adjusting them, to fit into a world.

PART II
How you play out that bane/boon/feat is up to you.

So, if you want to throw a spell of Sneeze Attack (immobilized) followed by Mud Bath (slowed) while another player wants to wrestle (immobilize) then nerve pinch his calves (slowed)–it’s entirely up to you.

Now I am only one person and I came up with that. Can you imagine 5 people imagining all sorts of madness in a single game?

The trick is to get out of the mindset where someone else is going to decide for your character, what they are, or can be or how they can use their power.

Damn guys, these are some solid answers, glad that this community is so lively
Anyway, you dudes are probably right, im just being paranoid about the details
Cant wait to try that out, cheers!

OMGM! That must be awesome to play!

GM intended… I’m not a religious kind of guy.

I say this to new people all the time.

Whatever you think OL sounds like, you really have to play it to understand how flexible the mechanics actually are in the hands of creative minds.

Jump into a one-shot and play around in heromuster.

The results may astonish you

If you look on this page, you’ll find these folks play several different genres in OL, A wild west story, a historical Imperator, there’s a couple more and the module, A Star Once Fallen. 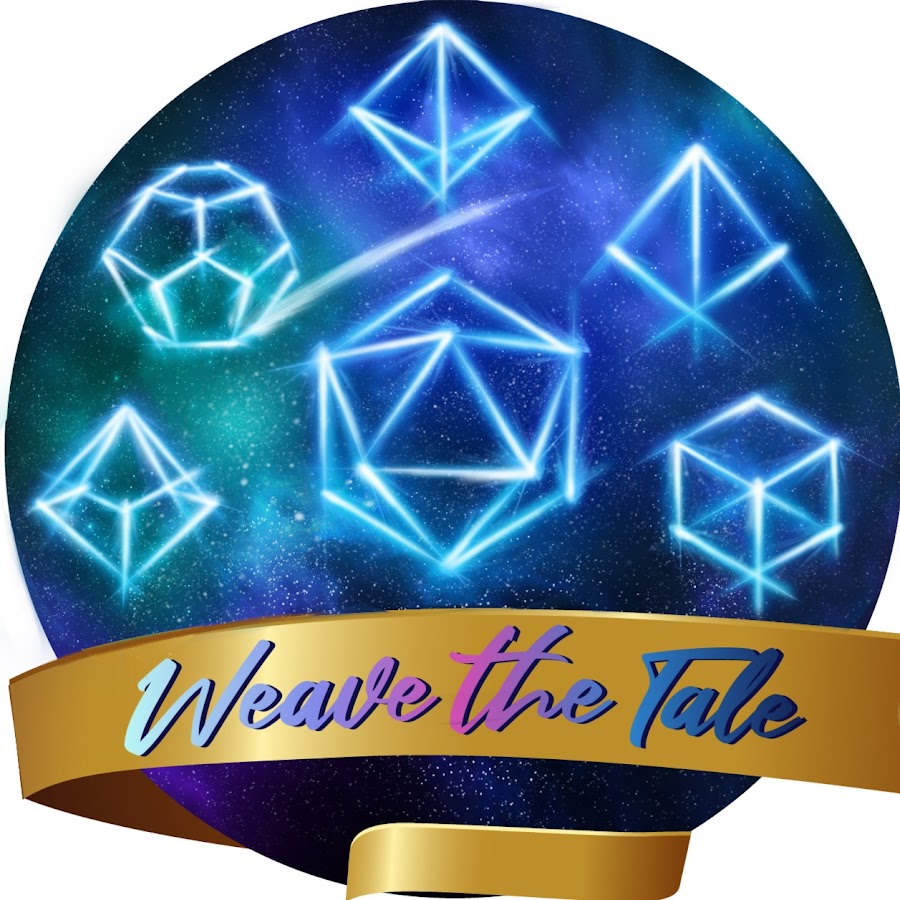 The fellow who plays him is tremendously creative.

Since The Dead Are Never Amused, I don’t get to laugh at him nearly as often as I’d like to